This section is for comedies involving Chris Rock as an actor, director or writer. By default the movies are presented starting with those ranking highest on the laugh-o-meter, but you can also sort them by year, title or IMDB rating.

( wikipedia | imdb | dmoz )
I haven't yet written a blurb about Chris.

Chris Rock is said to have been born on Sunday 7 February 1965, which would make him 57 years, 6 months and 10 days old (if this date is accurate and he is alive today).

Chris Rock was credited as actor in the following film.
At the time, he would have been about 36 years old. 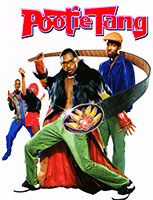 A rock star who speaks a language of his own is also a righter of wrongs. When he mentors America's children to stay away from tobacco and hamburgers, he gets in the cross-hairs of corporate America's big boss.

I enjoyed seeing Wanda Sykes as well as JB Smoove (the actor who plays Leon in Curb Your Enthusiasm) and Chris Rock. Although this movie didn't really make me laugh, it entertained me as I found it thoroughly original.

I didn't know Louis CK could direct, let alone write such a mad script. This movie establishes him among the best African American directors, alongside Spike Lee. (Last viewed: July 2015)

More About Pootie Tang:
=> Read what people say on Amazon
=> Add your own Review or Comments on
laughDB's full page for Pootie Tang

Chris Rock was credited as actor in the following film.
At the time, he would have been about 47 years old. 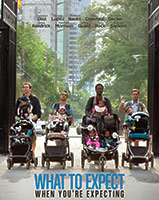 Several couples plan to have a baby, expect a baby, have a baby. Although there were a few chuckles, this was by far the worst comedy I've watched all year. At an early stage they turned the sappy tap on and never turned it off—it kept dripping, dripping, dripping. The last twenty minutes or so felt like an unending baby-fest. I don't mind indulging my partner in a chick flick sometimes, but gentlemen, do not concede on this one or the hair under your arms will fall out. (Last viewed: November 2015)