This section is for TV comedy series by JB Smoove. By default the TV series are presented starting with those ranking highest on the laugh-o-meter, but you can also sort them by year, title or IMDB rating.

( wikipedia | imdb )
I haven't yet written a blurb about JB.

JB Smoove is said to have been born on Thursday 16 December 1965, which would make him 55 years, 5 months and 30 days old (if this date is accurate and he is alive today).

JB Smoove was credited as actor in the following film.
At the time, he would have been about 34 years old. 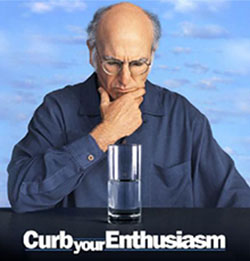 Season 8 was also excellent overall (it might be the best) and probably deserves watching from start to end.

The Special Section wasn't particularly funny, but of all the episodes I saw it was the best for psychological case study.
(Last viewed: August 2012)