This section is for TV comedy series by Brent Butt. By default the TV series are presented starting with those ranking highest on the laugh-o-meter, but you can also sort them by year, title or IMDB rating.

( wikipedia | imdb )
I haven't yet written a blurb about Brent.

Brent Butt is said to have been born on Wednesday 3 August 1966, which would make him 55 years, 1 months and 19 days old (if this date is accurate and he is alive today).

Brent Butt was credited as writer, director and actor in the following film.
At the time, he would have been about 37 years old. 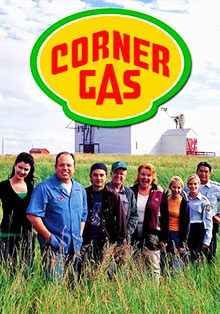 More About Corner Gas:
=> Read what people say on Amazon
=> Add your own Review or Comments on
laughDB's full page for Corner Gas

Brent Butt was credited as writer and actor in the following film.
At the time, he would have been about 43 years old. 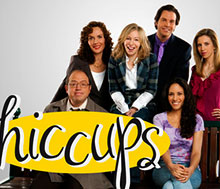 I came to Hiccups via Corner Gas, a series by the same writer, Brent Butt. The show follows a life coach, his only client (a wacky children's book author), her publisher and her agent. Brent's real-world wife, who had done a good job in a supporting role in Corner Gas, was probably not the best choice for a lead character. The show is unequal, somewhat slow-paced for a US audience, and it features a couple of annoying characters (such as the life coach's wife) but it has good moments if you hang in there. I watched all of the first season.

If you're not ready to sign up, you may want to jump to episode 5 of the first season, Hot Luv, which features a hot pepper eating contest. It is the funniest of all by a long shot.

More About Hiccups:
=> Read what people say on Amazon
=> Add your own Review or Comments on
laughDB's full page for Hiccups