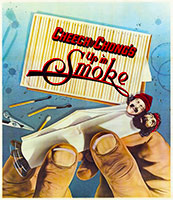 Alright, this movie may not have made me laugh, but I sure did grin a lot. Two potheads meet on the side of a road, decide to start a band and constantly have to dodge the fuzz. That's basically the plot. Apparently this is something of a cult among stoner movies. For a cult movie, it's surprisingly watchable. The song Low Rider by War over the credits gets you in the mood. Someone else would have to tell you what the movie is like under the influence of weed. (Last viewed: June 2015)

More About Up in Smoke:
=> Read what people say on Amazon
=> Add your own Review or Comments below

Some of the Cast of "Up in Smoke"